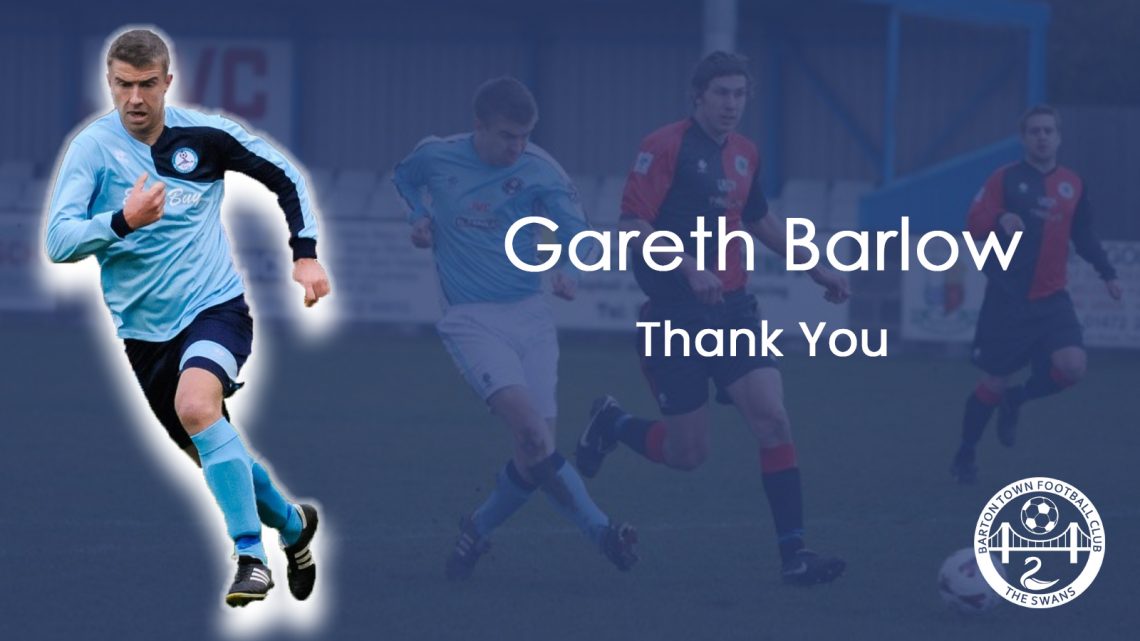 Former Swan Gareth ‘Gaz’ Barlow has finally decided to hang up his boots following the end of the 2021/22 season.

The striker has been playing for local neighbours Winterton Rangers in the last couple of seasons but certainly left his mark at the Easy Buy Stadium.

Barlow joined the club under Neil Buckley in the mid-2000’s, and over the years he racked up over 300 goals for the club. A record which will likely never be broken.

‘Gaz Barlow joined Barton Town Old Boys under the then management team of Neil Buckley and Carl Stead not long after he had, if memory serves, put four past us for App Frod. It was one of the best bits of business, if not THE best bit of business that the club has done during my time here. He hit the ground running for us, scoring goals from the off, not stopping until over 300 goals later. During his long spell with us, I cannot recall any problems at all, Gaz carried himself well and was a joy to work with irrespective of the manager. The word ‘legend’ is thrown around too freely these days but for Barton Town, the club and supporters, Gaz Barlow remains a true legend and everybody wishes him well for the future. He will always be made most welcome at the Easy Buy Stadium.’

His record for the Swans in the NCEL era is astounding, scoring 230 goals over 11 seasons with the club. Including 38 in our famous runner-up season of 2013-14.

He scored his 300th Barton goal in a 3-0 win over Worksop Town in April 2018. Barlow was a key part of the famous 14 game unbeaten side under Dave Ricardo and departed the Swans in the summer of 2019 having been deployed at centre-half for the majority of the season.

The club would like to thank Gareth for his years with the club, Barton Town’s best ever player? With records like his it’s hard to argue.