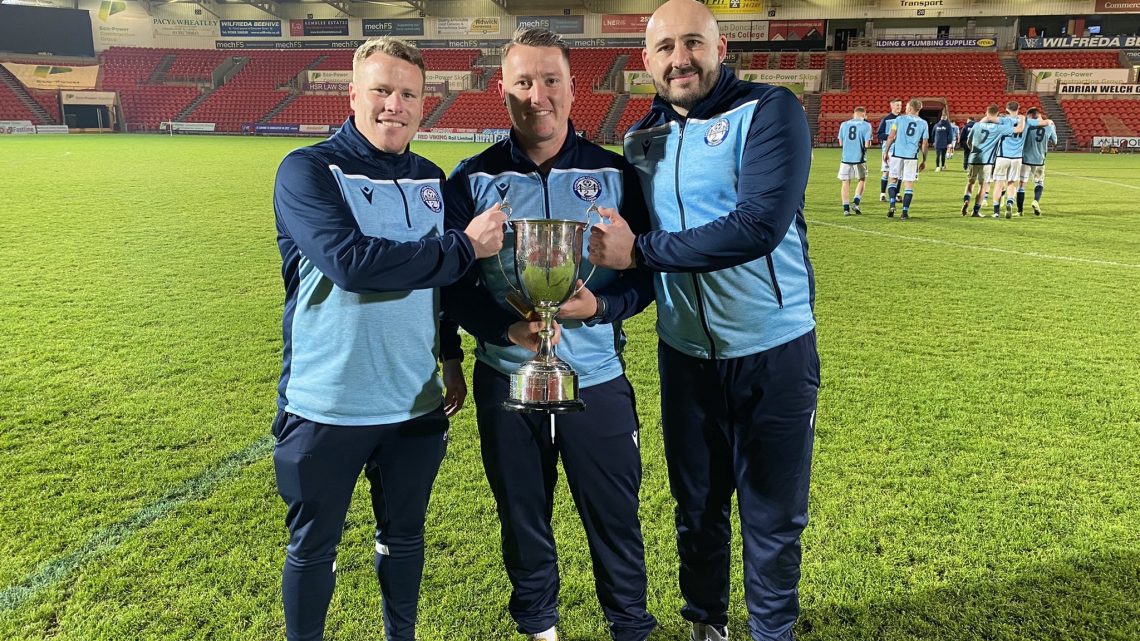 Barton Town are delighted to announce the retention of Nathan Jarman, Danny North, and Tom Nicholson for the 2022/23 season.

The management trio have all put pen to paper for the next season, off the back of an historic campaign for the Swans.

Jarman, North and Nicholson oversaw the club winning the NCEL League Cup for the first time in the club’s history with a 3-2 win over Garforth Town after extra time.

The club finished seventh in the Premier Division, the highest finish since a fifth placed finish under Dave Anderson in the 2014/15 season. This included an 18 game unbeaten run in the league.

Barton also made history by advancing to the Third Round of the FA Vase. The furthest the Swans have ever gone in the competition. A 3-2 loss to North Shields ended our historic run.

The trio can boast a 48.9% win ratio from the season, winning 24 of the 49 games over the season. ( P49, W24, D13, L12). An impressive first in management for Jarman and his team. Ian Durnian will remain as Coach for the next season, with the former Old Boys player a vital part of the coaching setup.

Jarman commented on the retention, saying: “We as a management team are absolutely delighted to stay and build on the successes of this past season. It’s been a great year with lots of positives and we will strive to go even further next season. Again, a massive thank you to Mark, Pete and Sid for their continued faith in what we are creating and building towards.”

The club are delighted to retain Nathan, Danny, and Tom’s services for the next season and thank them for a successful campaign, and look forward to the upcoming season.