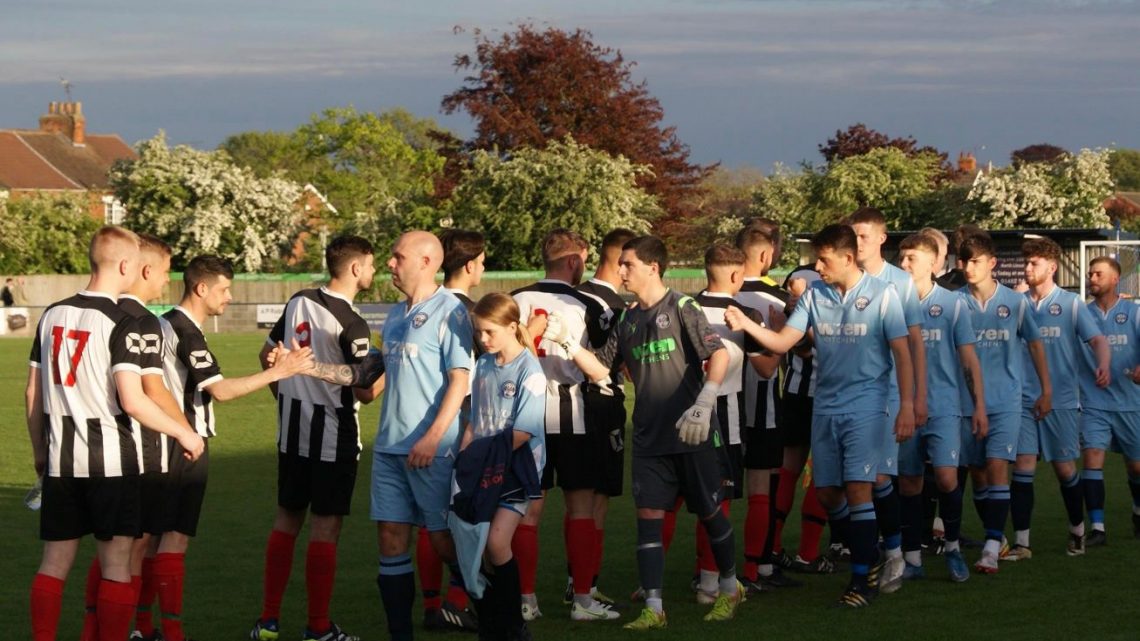 Barton Town Reserves sealed a top ten finish in their first season back in the Lincs League with a 3-1 win over basement side Brigg Town Development at the Easy Buy Stadium.

Despite being behind at the break, the Swans rallied through Joel Chapman’s penalty, before a Harry Bowes goal four minutes later put the Swans ahead. Kian Salter sealed the win five minutes from time for Stefan Wolkowski’s side.

It was midfielder Chris Rodgers’ final game for the club before retiring, and so he captained the side.

It took five minutes for the Swans to have an effort on goal. Kian Salter was played in with a neat one-two. But his shot went over the bar.

Ten minutes later Leon Burtt burst through the Brigg defence, going on an excellent run from the left side. He shot wide and another chance went begging.

On the half hour mark, Joel Chapman controlled a bouncing ball, before flicking it over the defender’s head in a move reminiscent of Paul Gascoigne at Euro 96. But his lobbed shot hit the roof of the net.

In a half where the Swans created chance after chance and hit the crossbar twice, they somehow found themselves behind at the break. A defensive error fed the Brigg attacker the ball. He ran in and shot low under Jack Dunn to put the visitors ahead against the run of play.

In the second half the Swans came out swinging, five minutes into the half Jacob Sweeting capitalised on a defensive header. But his volley was into the side netting. Just after the hour mark the Swans were given a chance.

The referee awarded a spot kick after a foul by the Brigg goalkeeper. Up stepped Chapman who sent the keeper the wrong way to put Barton level.

Four minutes later and the Swans were ahead. A well worked goal saw Harry Bowes slot it in to give Barton a deserved lead.

The Swans were well on top now, and Salter put the icing on the cake five minutes from time with another excellent finish to secure the top ten finish and defeat a local rival.