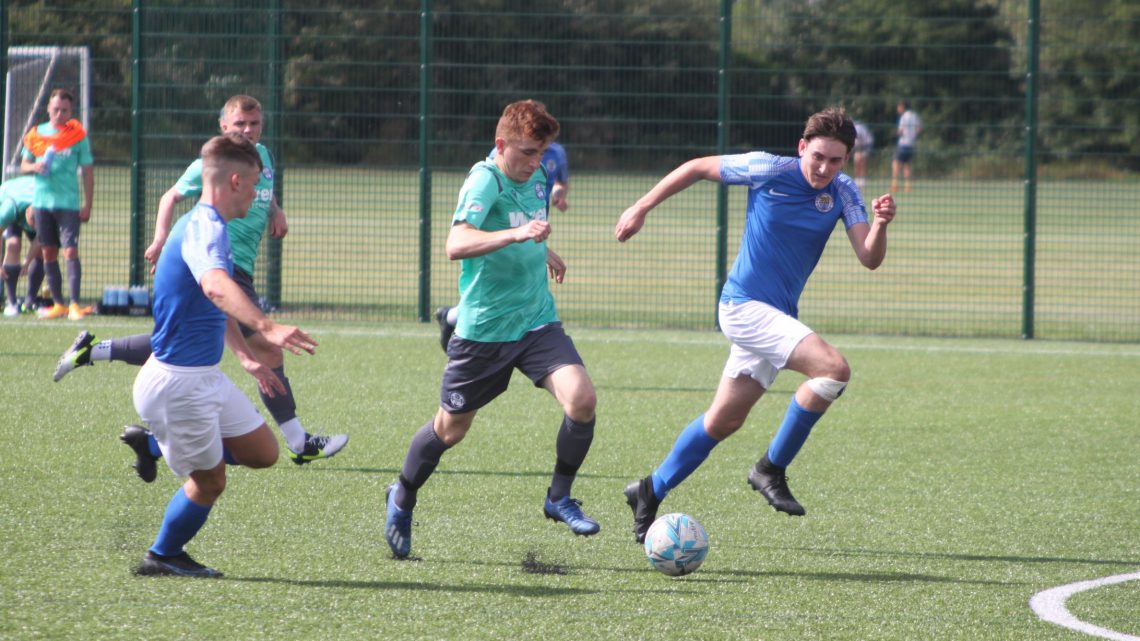 The Swans began pre-season with a 9-1 win over newly-formed Gainsborough Town.

Tom Waudby scored a hat-trick, with Tom Davie and Will Waudby both scoring braces. Kian Salter and new signing Danny Trott rounded off the scoring.

The hosts took the lead after five minutes with a well-taken goal. Two minutes later Ben Hinchliffe’s shot was parried into the path of Will Waudby. He slotted home to equalize for the Swans.

Midway through the half, Tom Davie went on a marauding run from the Swans defence. He played it to Trott who squared it to Hinchliffe. His shot was blocked but the ball fell back to Davie on the penalty spot. His curling shot flew past the ‘keeper to make it 2-1.

Davie’s second came shortly after the half hour mark as the Swans scored three in just four minutes. A cross into the area was volley in by Davie to score his second and Barton’s third. Number four came just seconds later. Hinchliffe swung in a ball to the far post. Tom Waudby beat the keeper to the ball, tapping it round him before slotting into an empty net.

Goal number five saw Will Waudby make a bursting run down the left before crossing to brother Tom at the back post. He headed it home to put the Swans 5-1 up at the break.

Just after the hour mark Trott got involved as he slotted home from 12 yards out to get his name on the scoresheet. Trott joins the club having previously played for Grimsby Borough.

The Waudby’s once again linked up for goal number seven. But this time it was Tom assisting Will. He pulled it back to Will who scored his second with a well-taken effort.

Tom Waudby secured his hat-trick when he powered a shot home from just inside the area for the eighth Barton goal of the afternoon.

Kian Salter rounded off the scoring. The young forward burst through and when one on one with the goalkeeper, took the ball around him and tapped in to an empty net to round off a positive display against a Gainsborough side who didn’t give up.