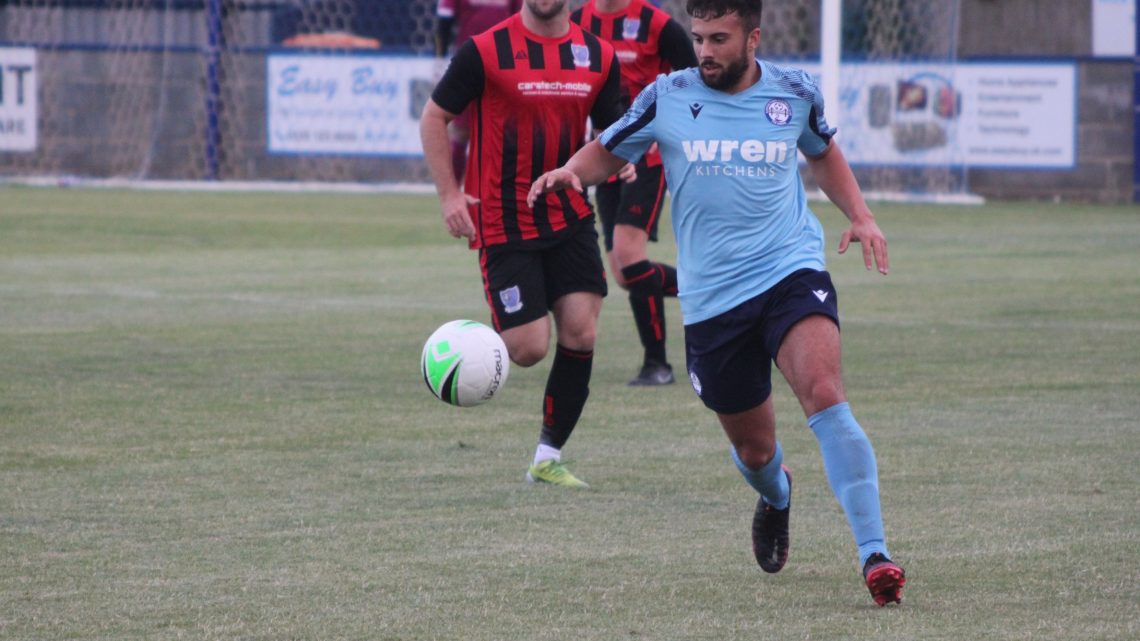 The Swans showed encouraging signs but just couldn’t find a breakthrough following a goal shortly after half time for the visitors.

There were early chances for Joel Chapman and Scott Meffen, both prompting good saves from the Rangers goalkeeper. New signings Alex Hazell and Charlie Outram both also having efforts well defended by a resolute Hall Road.

At the other end Patrick Shaw was kept busy by a pacey Hall Road attack but the game was goalless at the break but the Swans were showing plenty of endeavour and playing some excellent football. A neat passing game seeing Barton come out strong.

Shortly after the break a Hall Road shot was well saved by Shaw, but he spilled the rebound. The attacker capitalised and tapped the ball in for what would be the only goal of the night.

Second half substitute Harry Bowes had a couple of golden chances to equalise for the Swans. A cross from the left was swung in by Brad Needham and his diving header was glanced just wide as the young attacking duo looked quick and dangerous up front.

The last 1`5 minutes saw development squad members get some game time. Goalkeeper Oscar Kuehn replaced Shaw and towering centre half Max Brandrick was brought on, partnering Matt Clayton in a centre half pairing with an average age of 16.5.

Try as they might the Swans couldn’t get the equaliser but in other areas of the park were showing encouraging signs. With four players missing Stefan Wolkowski saw good things from his side with still plenty to work on with his side.