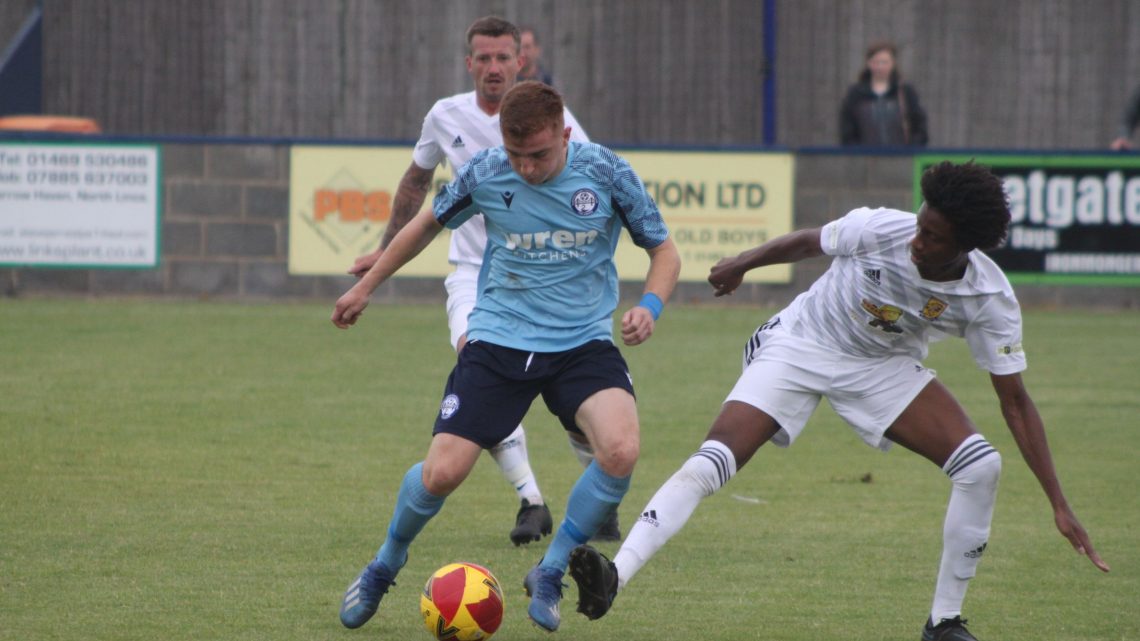 Barton Town opened their 2022-23 league campaign with a goalless draw against Albion Sports.

The Swans couldn’t find a breakthrough against a rejuvenated Albion, who were spared relegation last season thanks to Staveley dropping down instead. A much improved side from the one Barton defeated 5-0 on the last day of the 2021-22 season.

With Charlie Dixon on holiday, Tom Nicholson deputised, playing his first competitive game in over a year after an ACL injury. There were debuts for Nathan Hotte and Dan Trott, while Josh Baker played his final game for the Swans before departing for the United States.

It was a game bereft of chances but it wasn’t for the lack of trying. Harrison Coley was on hand to cut out an Albion counter attack with a well-timed tackle just four minutes in,

The visitors had the better of the chances in the first half. 12 minutes on the clock and the ball was squared to Hass Gorji on the edge of the area. His first time shot was sliced over and out for a goal kick.

It took until midway through the first half for the Swans to register a noteworthy chance. Ben Hinchliffe struck from the edge of the box but the ball curled just over the bar. Barton were playing excellent football but couldn’t find that tenacity in the final third.

Shortly before the break some nice passing play from the Swans saw Taron Hare swing in a cross meant for Hinchliffe. The striker missed it but Will Waudby picked it up. He crossed from the left but Hinchliffe’s header was straight at the keeper.

The second half was much better from the Swans, with much more pressure being applied up front. Will Waudby’s excellent cross was met by brother Tom’s head but couldn’t get it on target.

Shortly after Dan Trott was played in, while holding off a defender he struck low. His shot was saved by the keeper. He then struck from the edge of the area with a curling lobbed effort which went just over and onto the roof of the net.

20 minutes to go and Tom Waudby had the ball in the back of the net but it was ruled offside by the assistant referee. Moments later the Swans had a free kick in a promising area thanks to an elbow on Hinchliffe. Scott Matthews stepped up but curled his free kick just wide of the post.

In added time Matthews had another chance to break the deadlock as he cut inside into the area but drilled his shot wide as neither side were destined to score.

The campaign begins with a goalless draw and with an FA Cup derby up next at Bottesford Town, the Swans will be keen to be firing on all cylinders.